Our mission is to be the leading source of professional services, support, and representation for Missouri water and wastewater utilities.

If your company would like to advertise in MRWA WaterLines Magazine, simply fill out the form below.
You may also contact Andy Bowman, MRWA Marketing Coordinator with advertising requests.

You will be invoiced by email unless a hard copy is requested.

Free o­n-site assistance from operators with years of actual experience, everything from Aerators to Zeolite Softening.

For PUBLICLY-OWNED drinking water systems such as cities and rural water districts,

An ounce of prevention is worth a pound of cure, and MRWA can help you prepare a sourcewater protection plan, whether you have wells or use surface water, to help protect the quality of your drinking water source and your community’s health and well-being.

Mapping of Water and Wastewater Systems

MRWA created the Certified Office Professional Program (COPP) in order to recognize the importance of office and managerial activities in the water industry as well as to give those individuals working in the Office Professional fields an opportunity to nurture and demonstrate their knowledge and professionalism.

To download the manual, look for it in the MRWA Download Center under the Certified Office Professional Forms tab.

Free o­n-site assistance with your wastewater system problems whether you have a lagoon system or a mechanical plant. Specializing in “real life” solutions.

Smoke Testing Assistance is also a part of our on-site wastewater service. This service helps to locate points where water is entering your wastewater collection system, commonly referred to as Inflow and Infiltration, or I and I problems.

MRWA Resource Conservation Circuit Rider, and Drinking Water Circuit Riders, use years of experience and the latest in technology to assist you in accounting for every drop of water. Contact:

Training: Board, Operator, and Office Pro

MRWA offers a steady supply of training all over the state, all year long. Not only do we provide common needs training, we can also create customized training specifically for your system or group.

We ensure that our training meets Missouri requirements for Renewal Credit Hours through the Department of Natural Resources, as well as provide hours for the Certified Office Professional Program, Water District Board Certification, and training suitable for Professional Engineer renewal.

If you wish to request Drinking Water or Distribution training, or wish to offer your location as a training site, contact:

If you wish to request Wastewater training, or wish to offer your location as a training site, contact:

Likewise, if you have questions about subjects such as Sunshine Law, Rate Studies, managerial issues, record keeping, or questions regarding clerks, collectors, and other office professionals, or would like to inquire about training on these subjects, contact:

The scholarships will be awarded to children, stepchildren or dependents of a full-time employee of either an Active Member System or of MRWA.

The two scholarships awarded to enrolled college students are designated the James Farley Scholarship in honor of James Farley, a longtime attorney in the water industry. Mr. Farley was instrumental in drafting many of the laws which govern rural water districts in the State of Missouri and was legal counsel for many water districts which were formed

in Northwest Missouri. He was a longtime supporter of MRWA, dating back to the beginning of the Association, and served as legal counsel for MRWA from 2000 until he retired from practicing law in 2014.

Application must be postmarked no later than April 5, 2021, and mailed to:

if you need the application mailed to you.

MRWA recognizes excellence among its membership! We provide the following awards of recognition annually:

At the March Annual Conference

At the October Office Professionals’ Seminar

At the October Fall Operations and Maintenance Symposium

We are always taking nominations for the above awards. If you would like to nominate a system or system employee for an award, you can find the nomination form HERE.

Protecting our drinking water sources, and our wastewater system integrity, is paramount to our mission. Unwanted pharmaceuticals are thrown away and flushed away and are beginning to show up in trace amounts in our water supplies. Drug Take-Back Events allow you the opportunity to offer your community to bring their unwanted pharmaceuticals to a drop-off point and dispose of them properly.

The National Drug-Take Back event occurs on the last Saturday of April and October.

Annual Surveys: Wage/Benefit & System Rates
MRWA has been collecting information o­n system salaries and benefits for more than a decade. Find out what we know about salary trends in the industry. As well, in alternating years we provide a survey of water and wastewater rates, including various fees, from all over Missouri. Look for these in the MRWA download center under the Annual Survey tab. 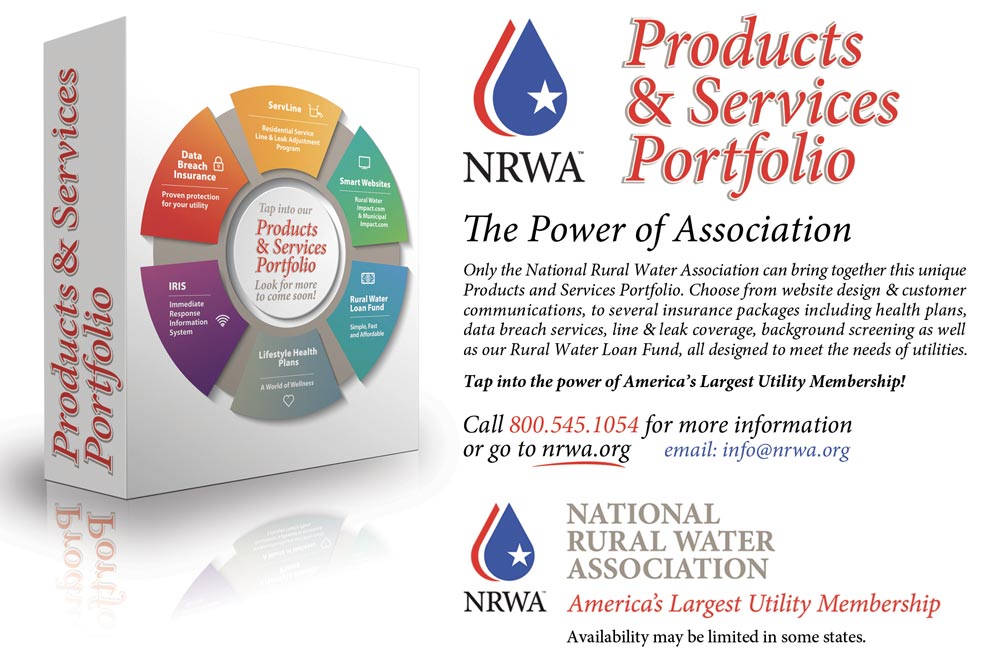 Rural Water Impact’s web solutions utilize tried-and-true principles of web design and usability standards, enabling water utilities to be more efficient, effective and professional in servicing their customers. Utilities benefit from a professional web presence as their site provides customers a greater level of information and service. This ultimately increases overall customer satisfaction and confidence in the utility. Contact Howard Baker, MRWA Executive Director, at 573-657-5533 for more information about this program.

ServLine is a new and unique insurance program that covers water loss with no deductible, as well as repairs or replacement of a customer’s water and sewer line in a timely fashion. ServLine is a full service program backed by Hanover Insurance Company – not a warranty program. The difference is that warranty programs only cover water line and sewer line repairs, and don’t provide leak adjustments for the utility and the customer. Contact Howard Baker, MRWA Executive Director, at 573-657-5533 for more information about this program.

Public entities, such as water and wastewater systems must carry liability insurance. The Missouri Special Districts (MSDi) insurance program is a designed to provide you with high-quality coverage and service at a competitive price. In addition, the program pays back a portion of the money earned to MRWA. In turn, MRWA uses these funds to purchase equipment for MRWA that MRWA could not otherwise purchase.

Ask YOUR agent to get a quote from MSDi on your next liability insurance renewal. It helps us, in return, help you.

A benefit for MRWA members! Save thousands of dollars on your next purchase of a Ford vehicle, whether you buy one or a fleet! Contact the MRWA office to verify membership and receive your code. Once you have the code, visit the Ford Partner site to begin shopping or visit any Ford dealership. 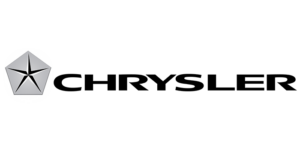 The National Rural Water Association and the Chrysler Group have created a partnership to offer a Volume Incentive Program (VIP) to State Rural Water Associations and their utility system members. This partnership combines the buying power of 31,000 individual utilities to provide reduced fleet pricing on utility vehicles. You will have access to special fleet benefits as a preferred Chrysler Group customer.

The Rural Water Fleet Program is a valuable member benefit for water and wastewater utilities.

Vehicles may be purchased at your local dealer or through the national fleet auto group, details are online at www.nrwafleet.com. Incentive discount pricing is available on Jeep SUVs and Ram trucks. Systems can save up to $7,500 off factory invoice per vehicle.

Want to stay informed and up-to-date on the latest news? Enter your email address below and click to subscribe to MRWA’s e-News Updates!

The leading source of professional services, support, and representation for Missouri water and wastewater utilities.

This website uses cookies to improve your experience while you navigate through the website. Out of these cookies, the cookies that are categorized as necessary are stored on your browser as they are essential for the working of basic functionalities of the website. We also use third-party cookies that help us analyze and understand how you use this website. These cookies will be stored in your browser only with your consent. You also have the option to opt-out of these cookies. But opting out of some of these cookies may have an effect on your browsing experience.
Necessary Always Enabled
Necessary cookies are absolutely essential for the website to function properly. This category only includes cookies that ensures basic functionalities and security features of the website. These cookies do not store any personal information.
Non-necessary
Any cookies that may not be particularly necessary for the website to function and is used specifically to collect user personal data via analytics, ads, other embedded contents are termed as non-necessary cookies. It is mandatory to procure user consent prior to running these cookies on your website.
SAVE & ACCEPT

Legislative Watch: Stay up to date on the latest bills of interest MRWA is tracking.